Being priced for any budget but good-looking and strong enough to park your car on, fir frames are what sell the most.  Customers often get them unfinished but for those people who want their frame to match their other furniture, I use tinted shellac (which is actually a finish, not a toxic stain) to try to accomplish that.  All frames come with 13 slats standard. One can upgrade to get the slats closer together, with 14 as the maximum on twin and full/double sizes and 15 on queen/king/CA kings.

All frames now come with wood plugs glued in to cover the bolts so they can’t be seen from the outside of the frame; some of the photos here are old-ish.

Please note that of all the woods I use, fir is the most variable. It always has knots, some of which might have pieces missing (I sand them so sheets don’t catch on them), the wood can be lighter or darker depending on the batch it came from, and it usually has both the reddish heartwood and a smaller amount of the light amber-colored sapwood but sometimes not. Fir also “breathes” much more than the other woods, meaning that it has more seasonal movement and the lip at the top of each rail tends to bend inward slightly immediately after I cut it. In other words, each board has its own personality! This stuff was once living, after all, so one can’t expect it to all look or behave the same way.

Headboards, footboards, and drawers are also available.  Please see the relevant pages in the Bed Frames section of the navigation bar above. 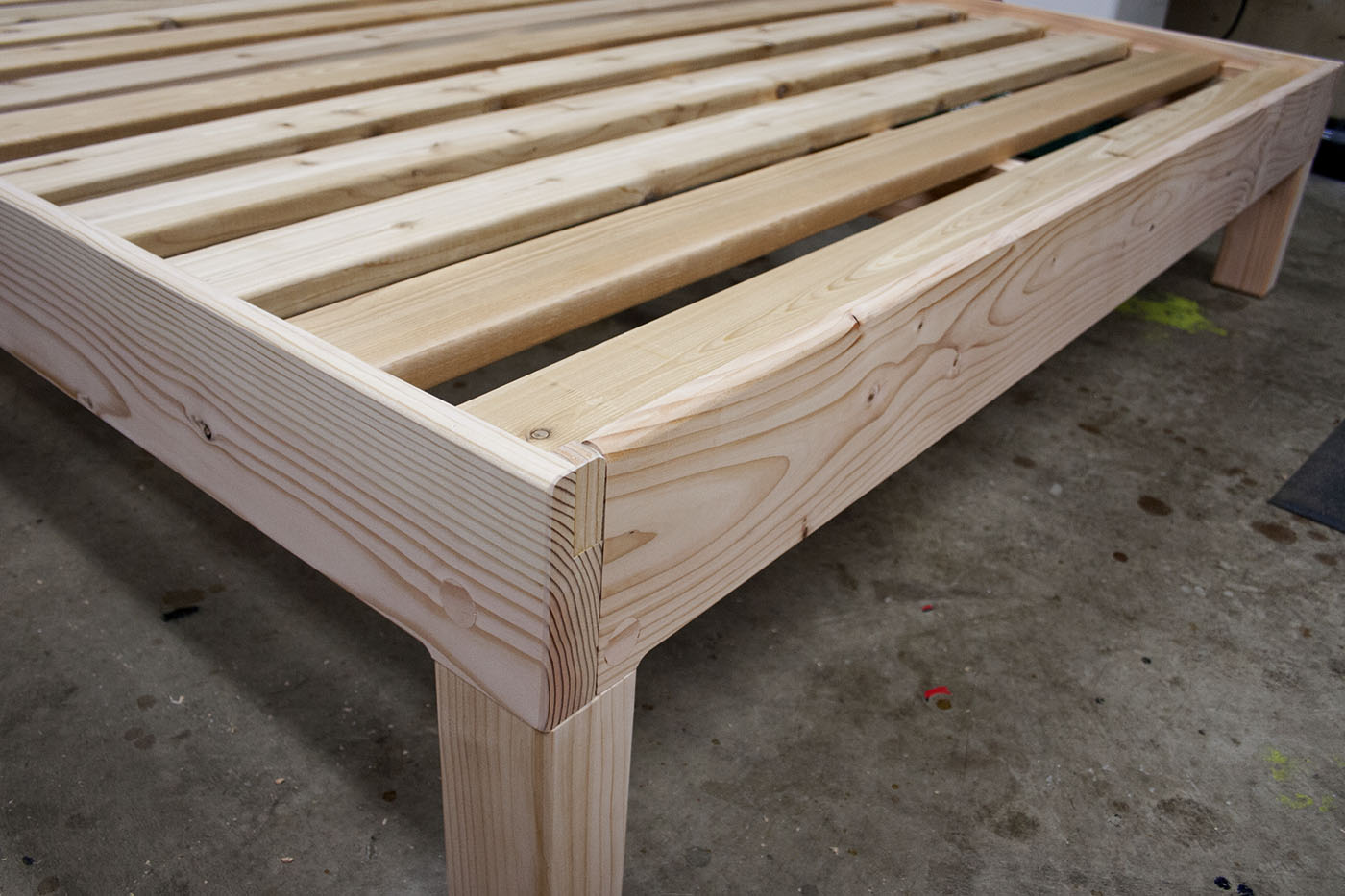 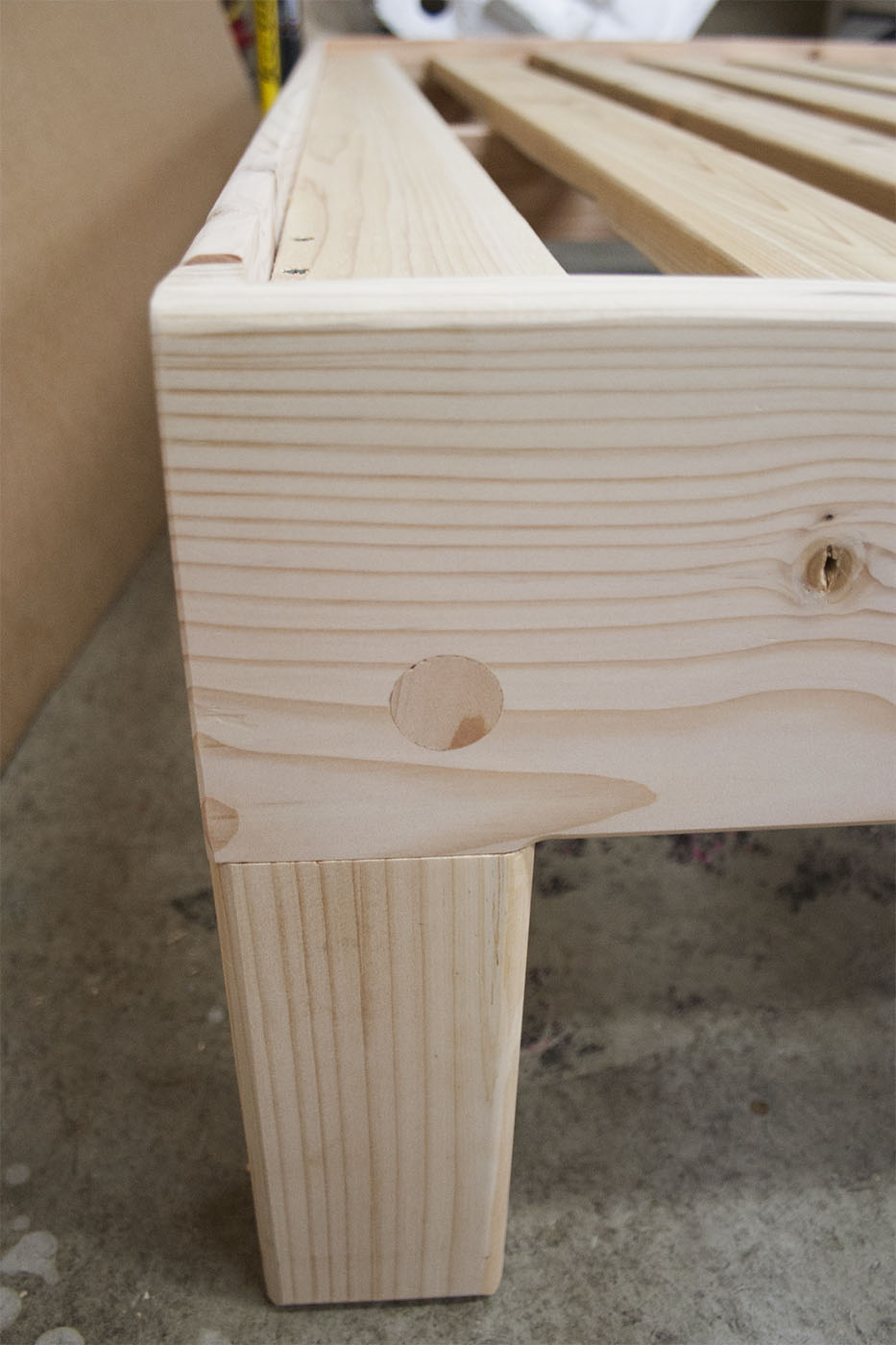 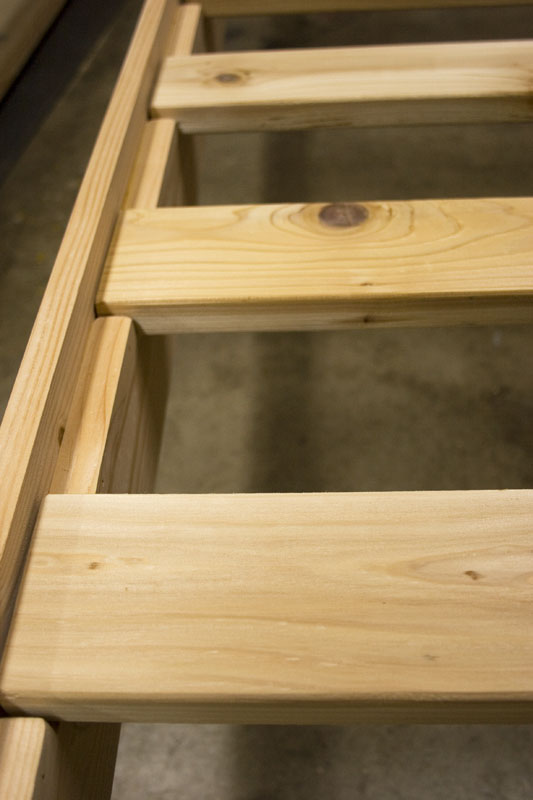 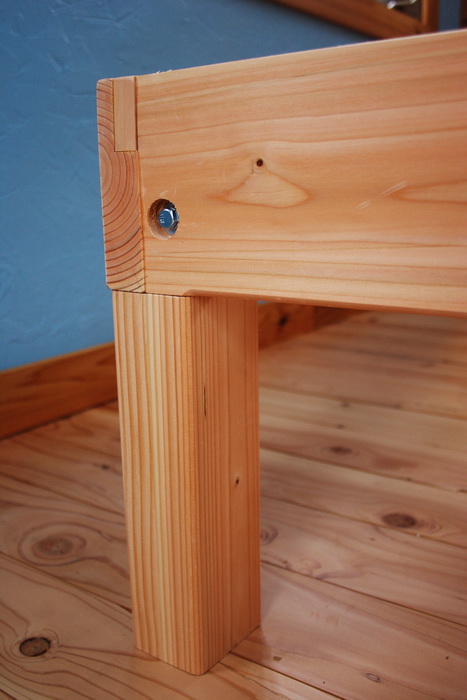 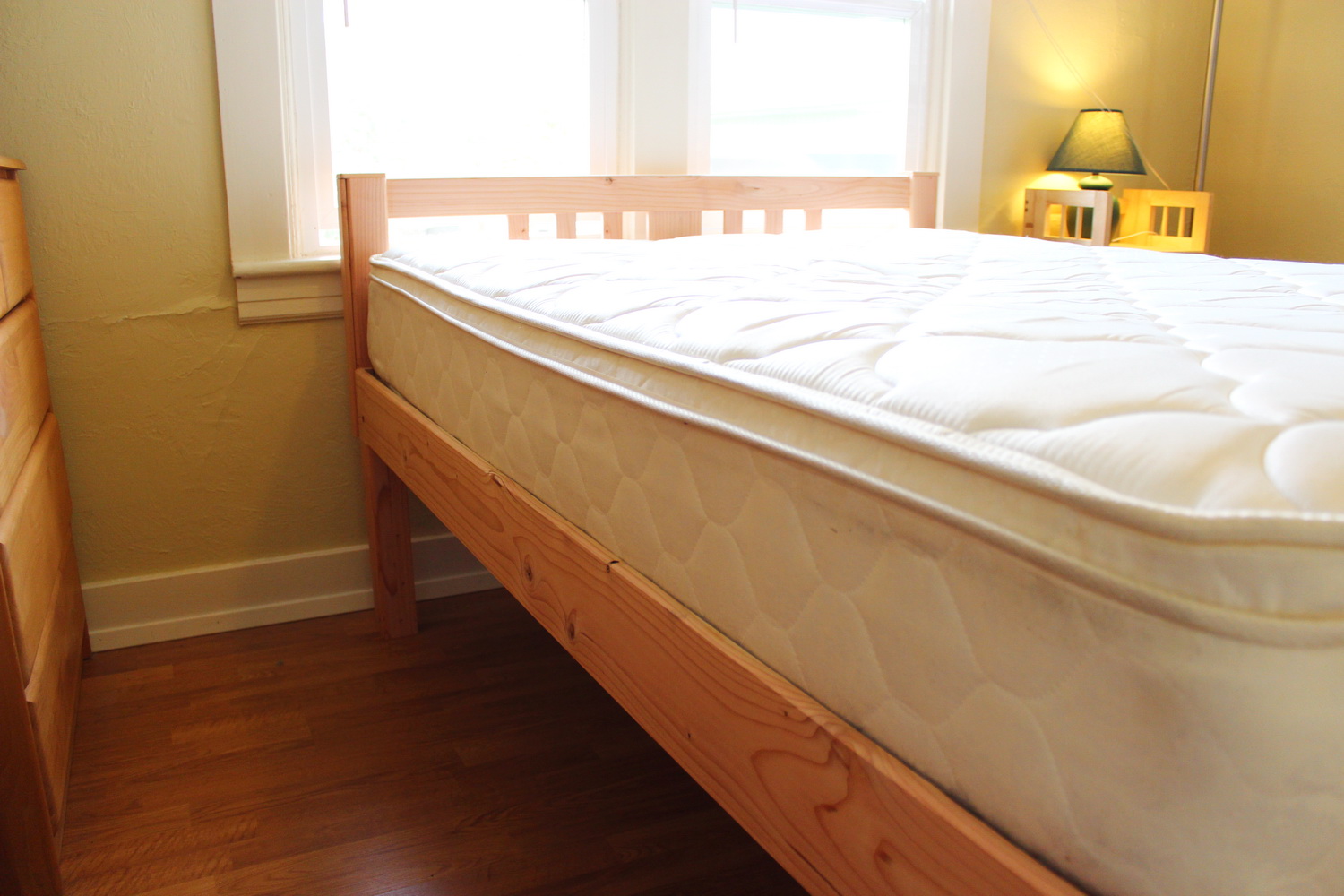 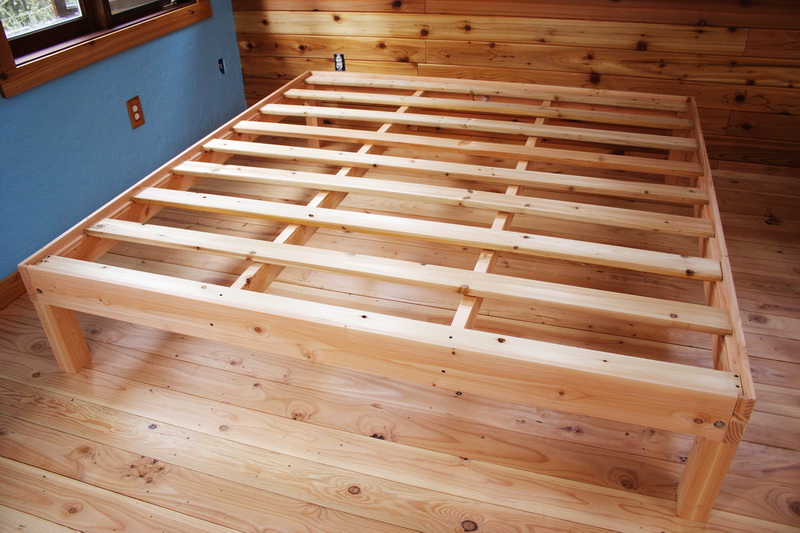 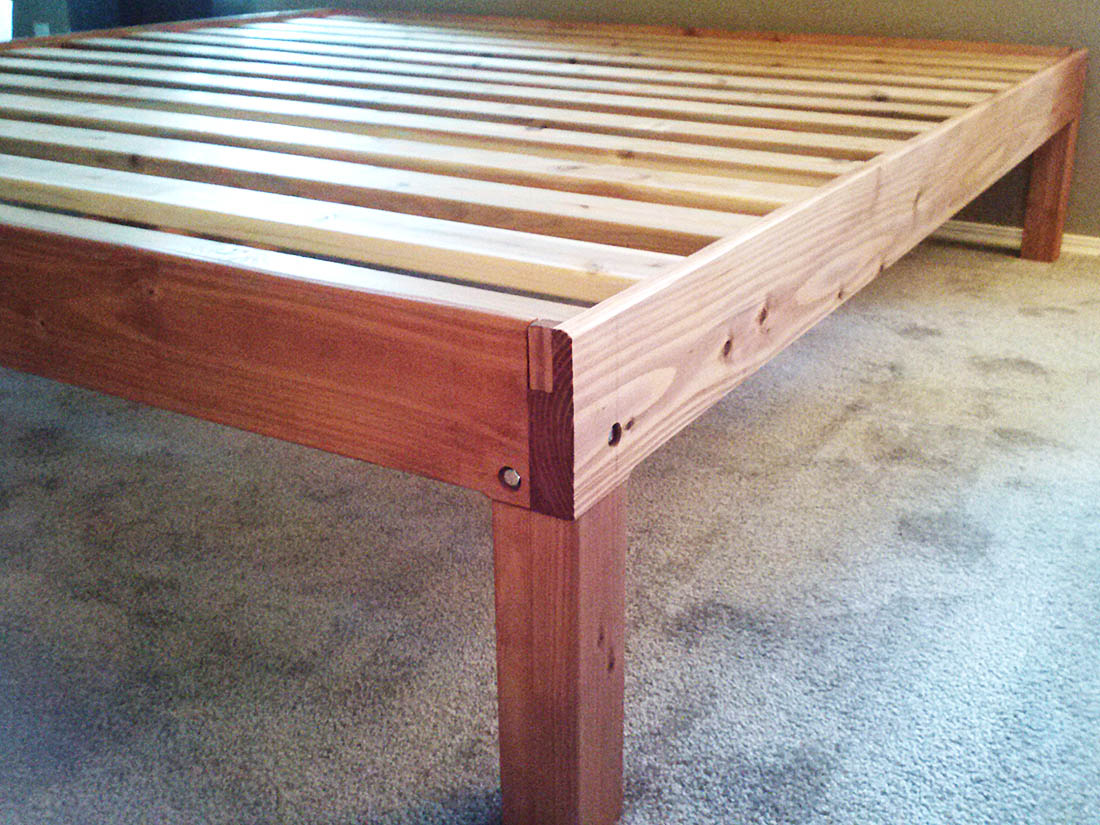 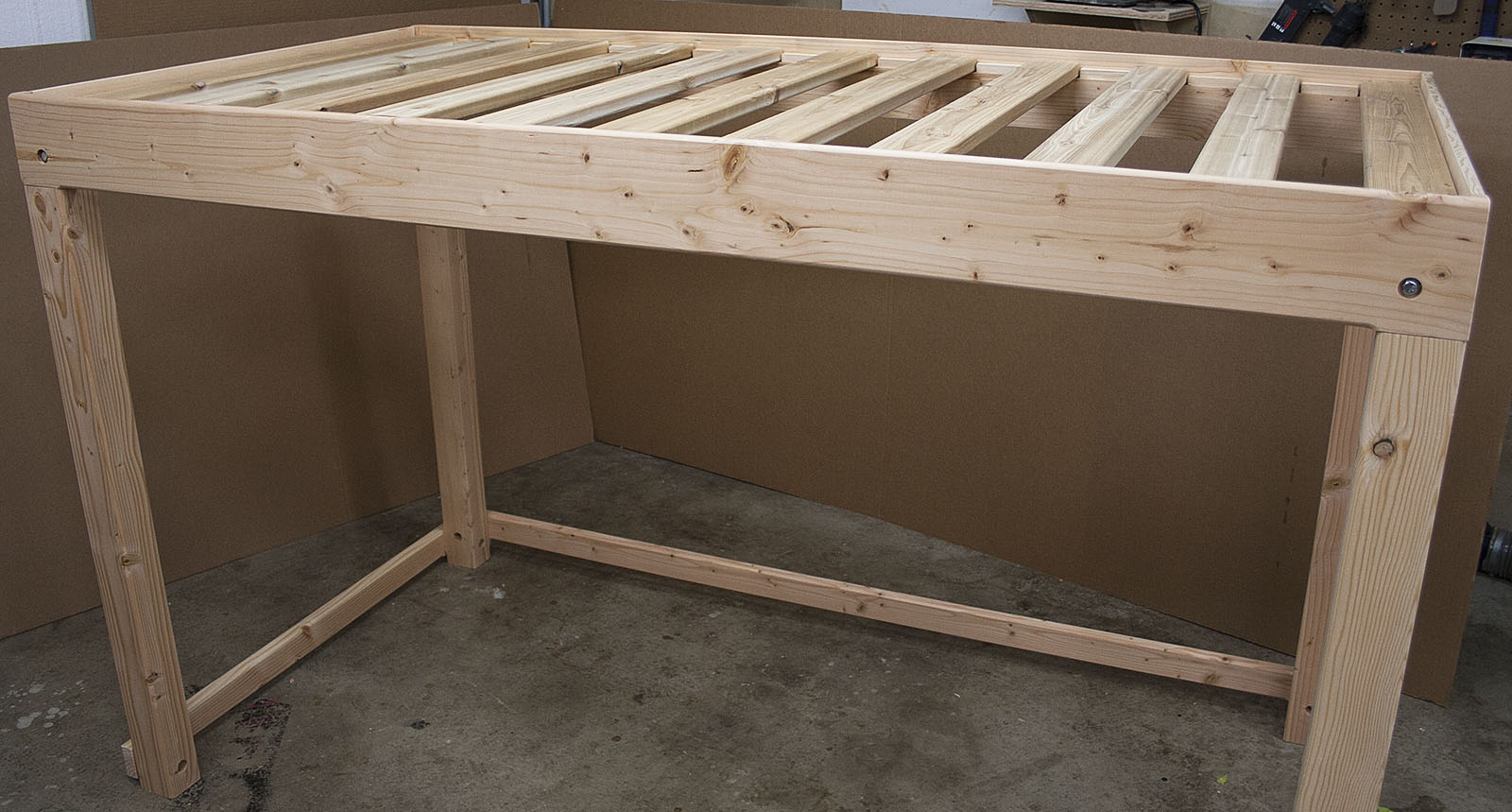 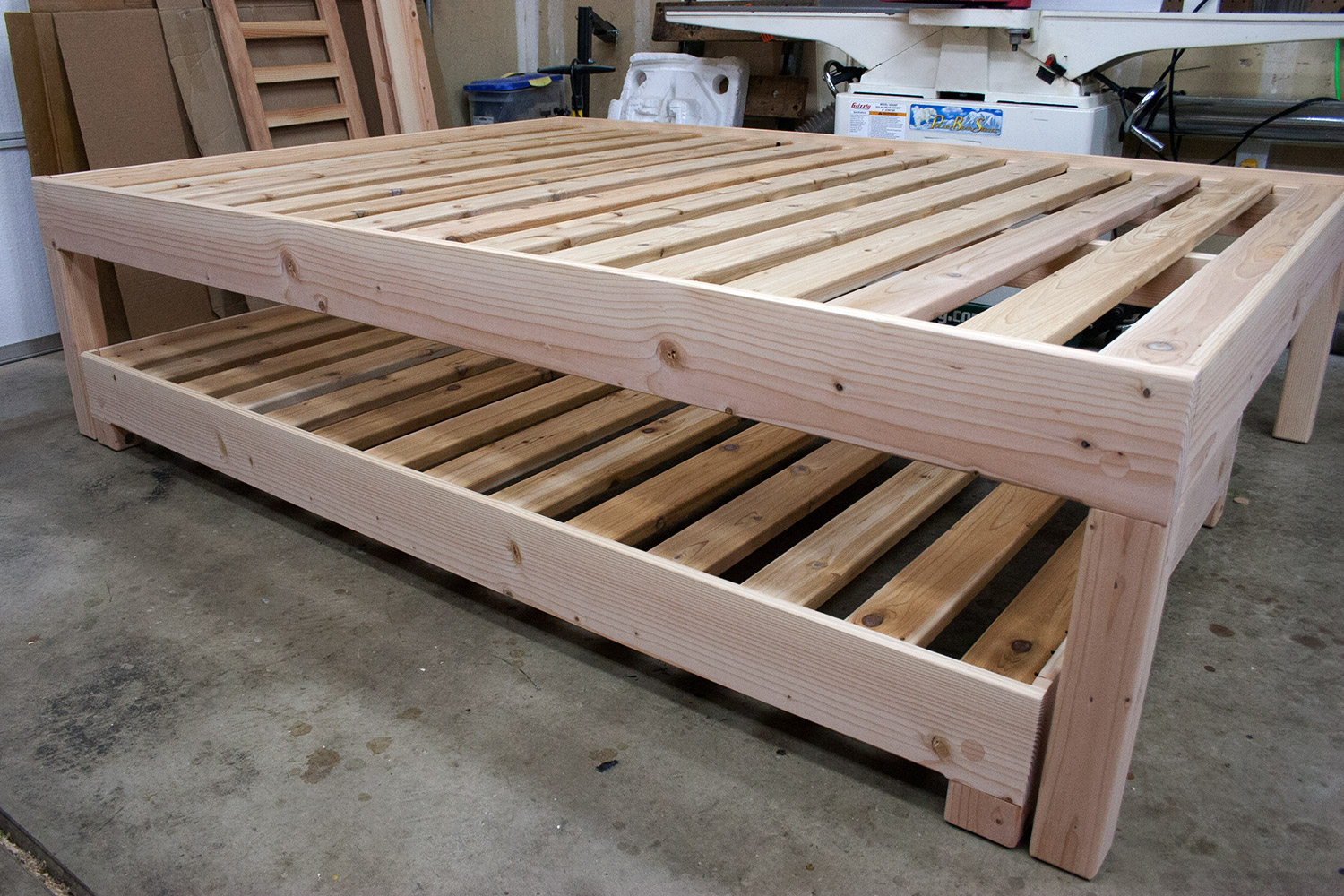 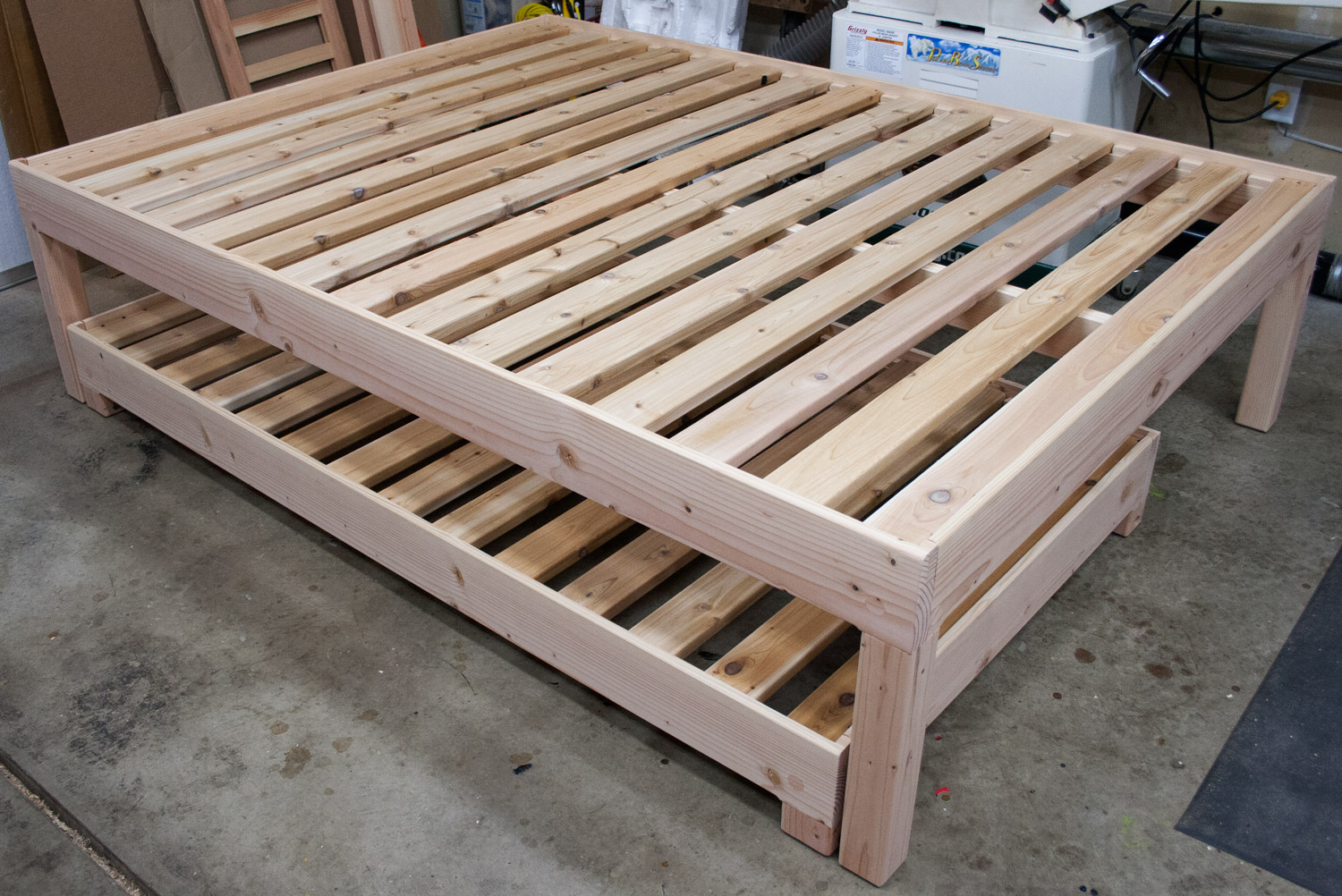 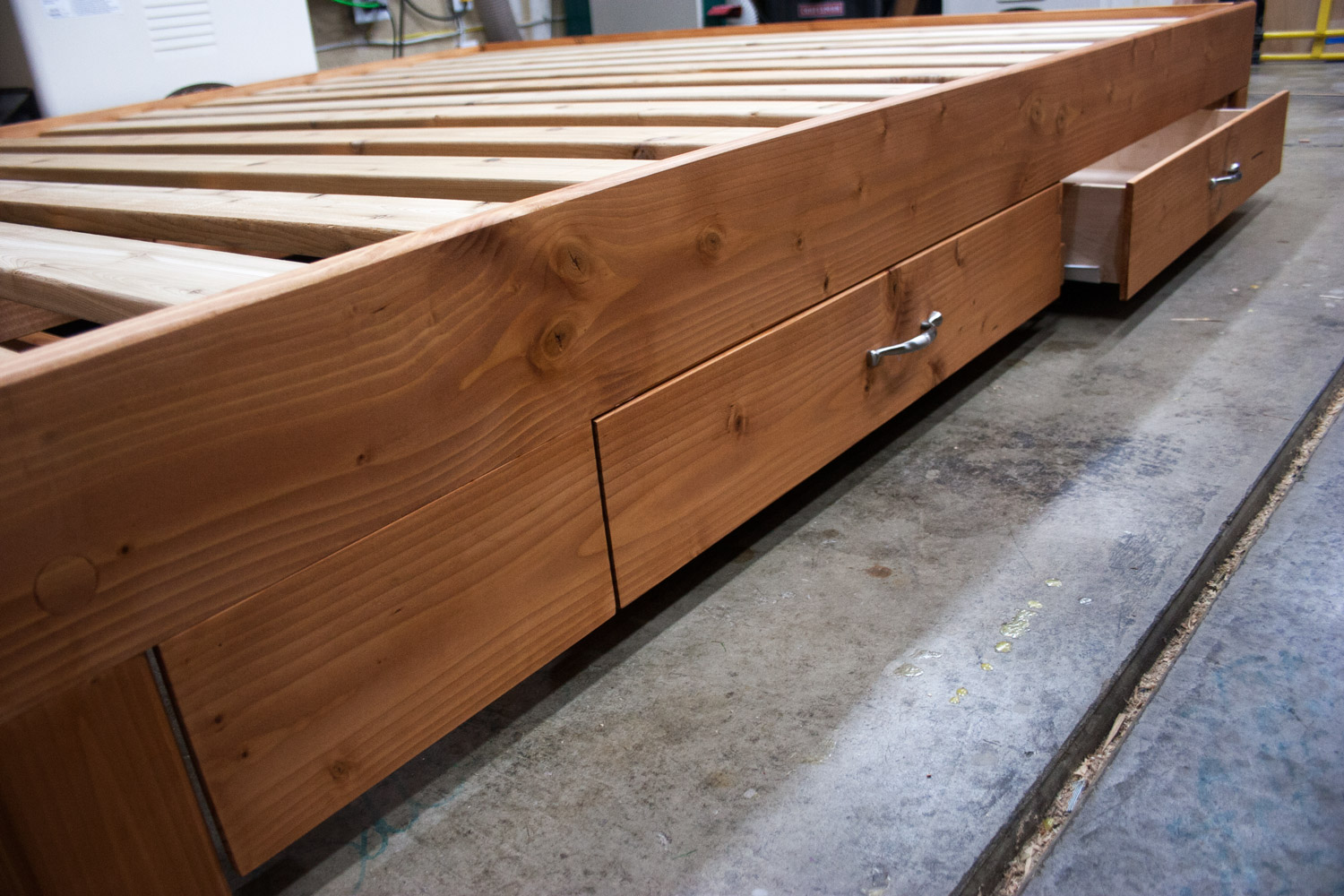 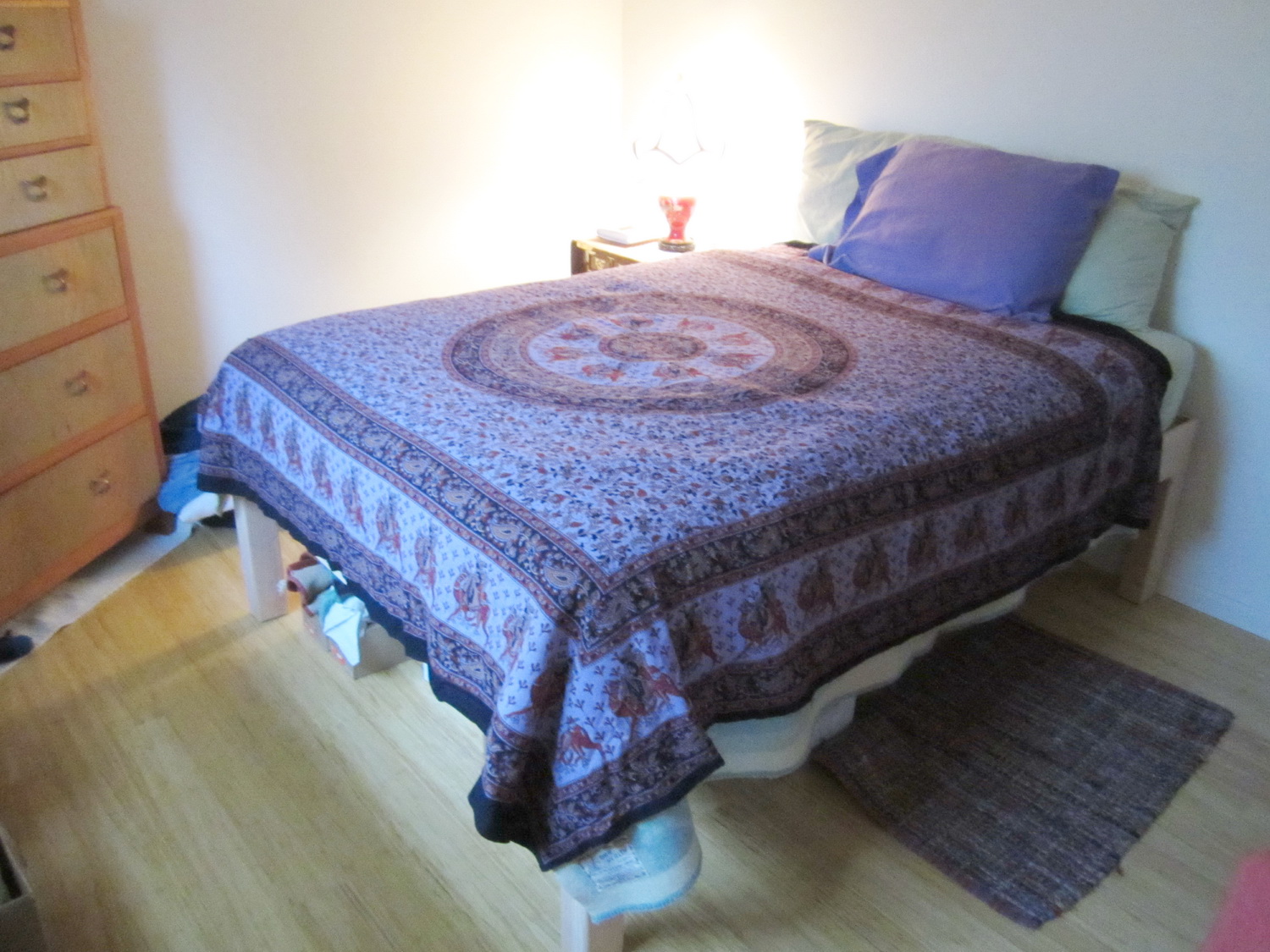 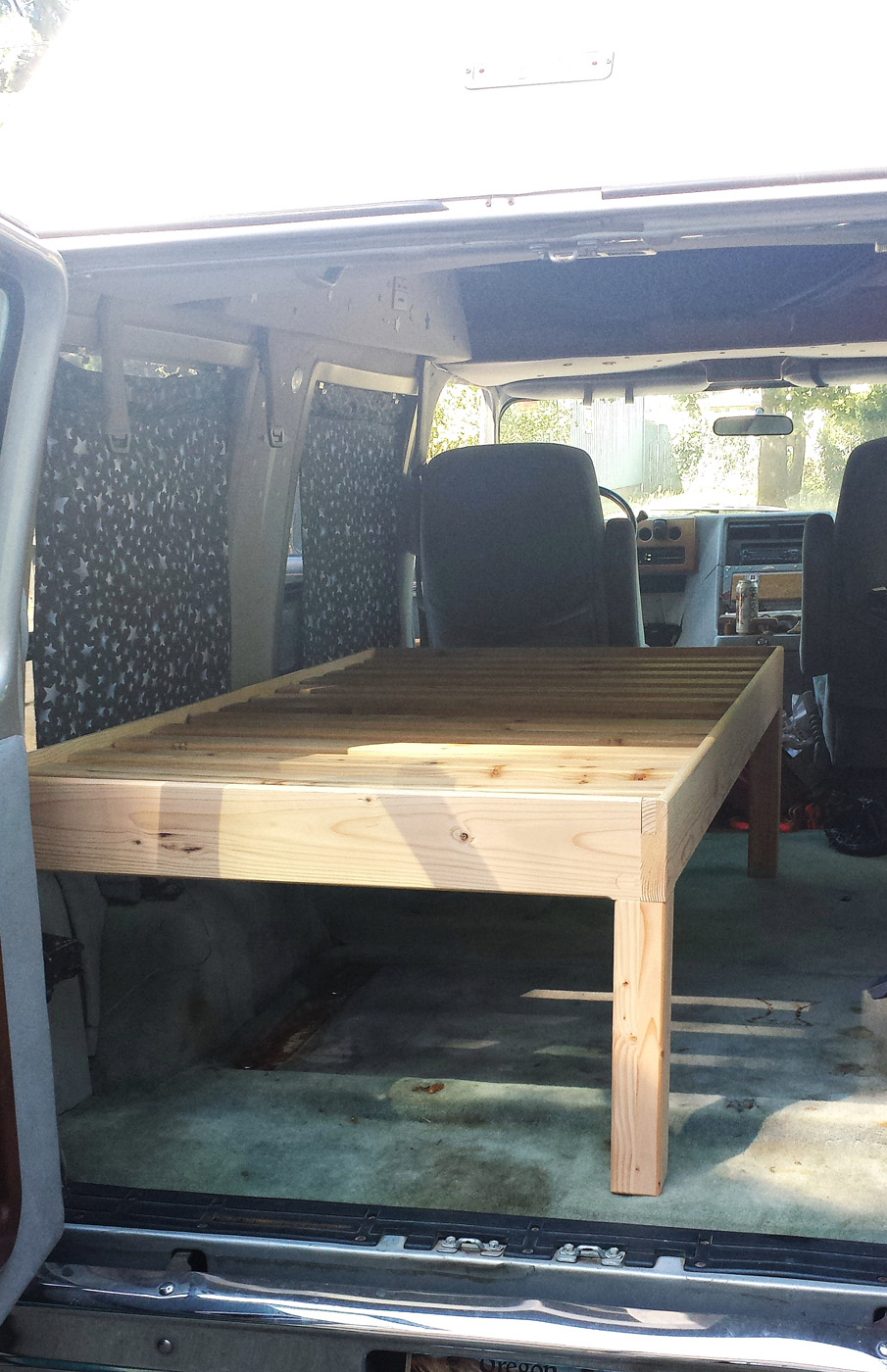 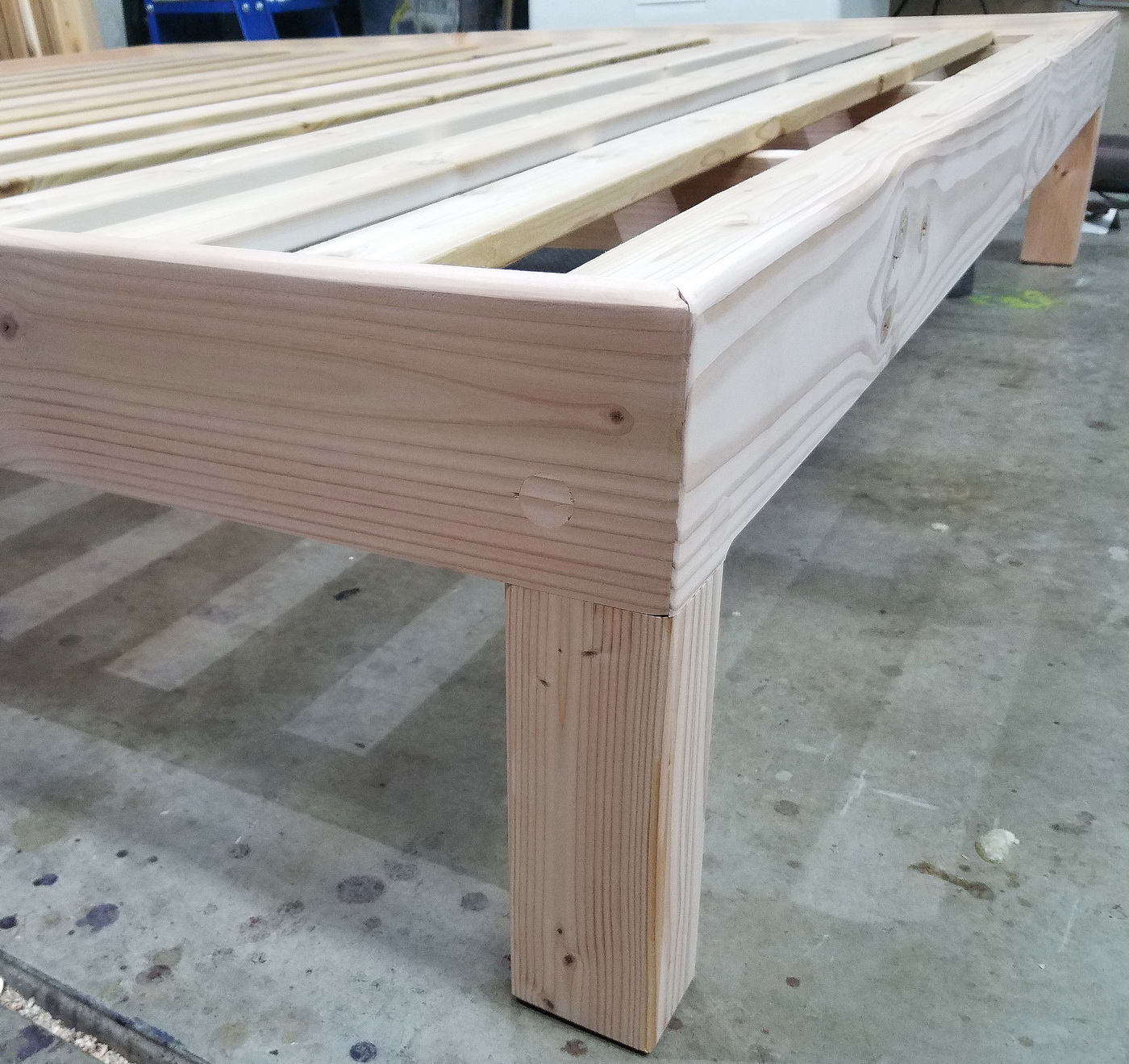 I’ve been asked about making fir frames really dark and decided to take a chance and give one a heavy dose of walnut shell-based dye (Van Dyck crystals) without pre-treating the wood, before applying dark shellac.  The grain is very different from walnut but one could say that the color is somewhat similar, and the price is much less.  The customer was very happy with how it turned out! 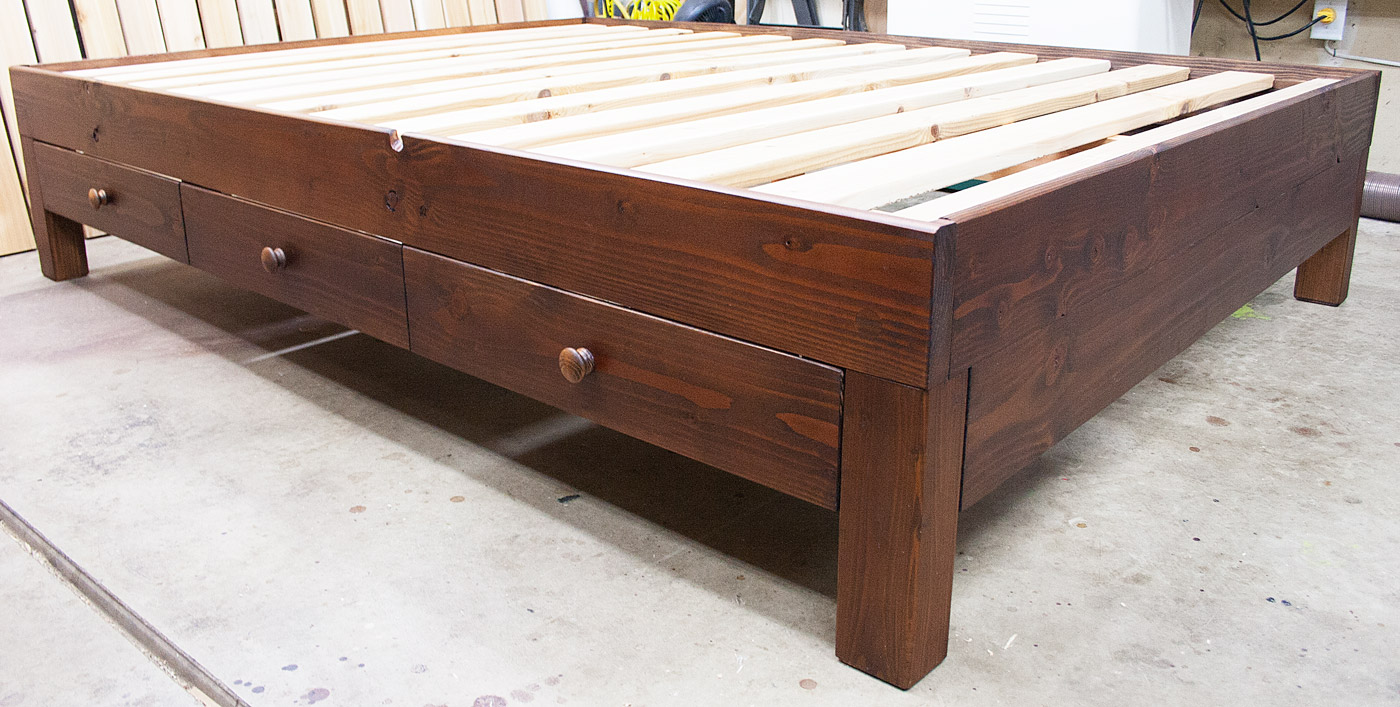 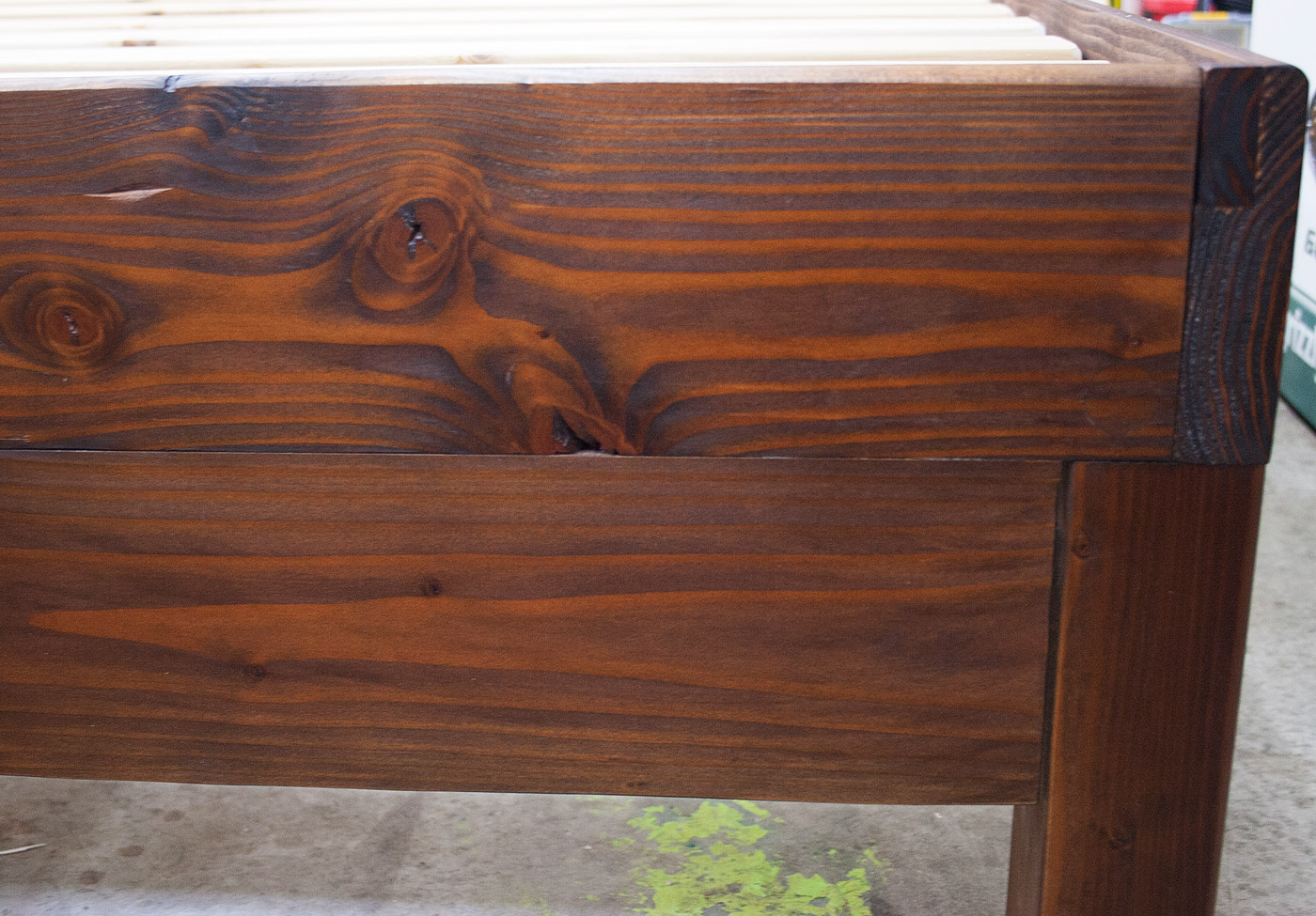 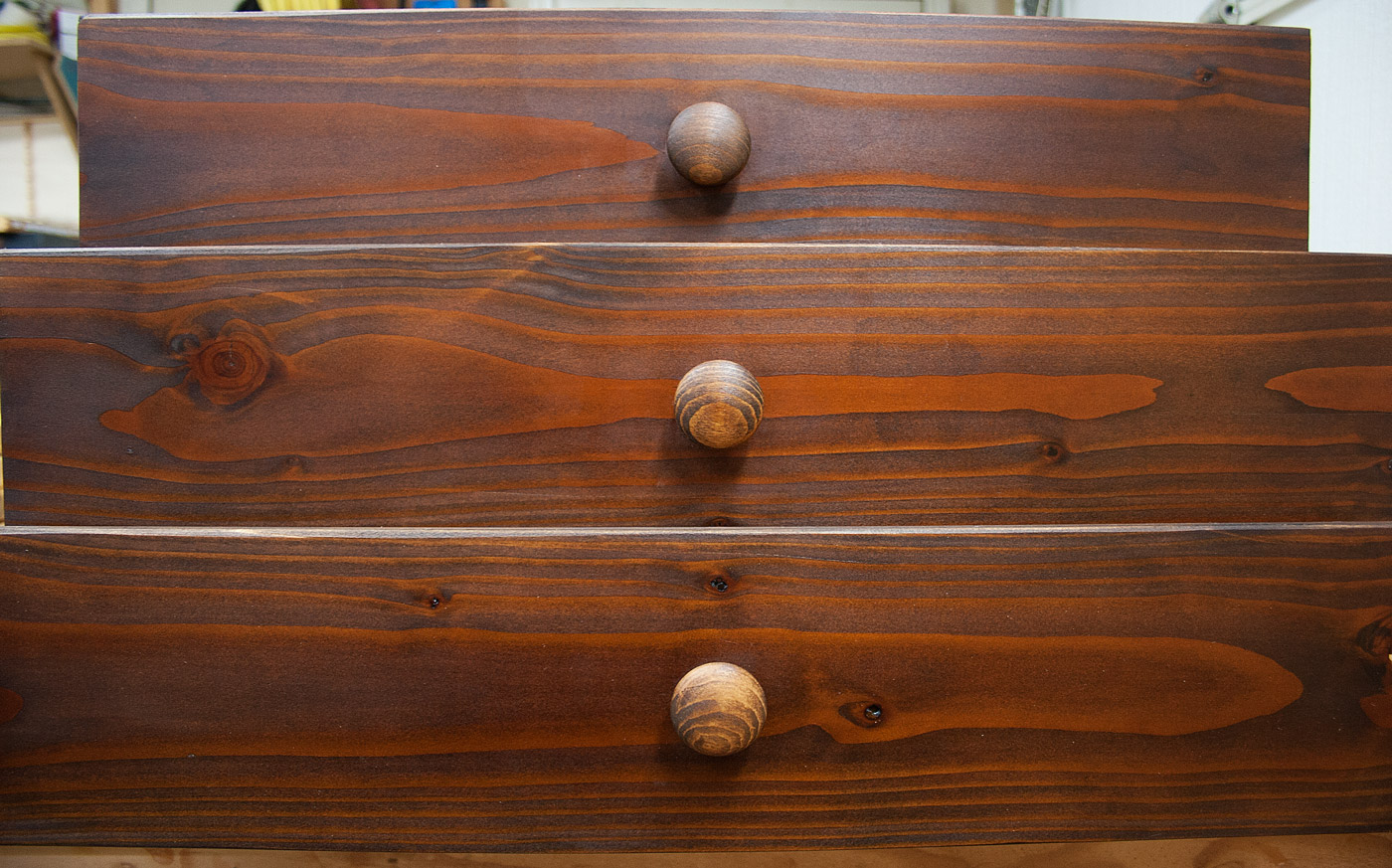