Bolts and plugs have arrived! 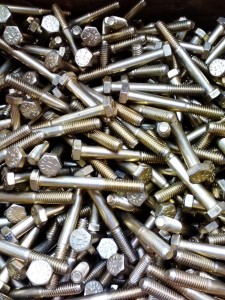 Having received the other 500 bolts yesterday, the bolts, washers, and lock washers on all bed frames are now officially American-made!  They’re also Grade 8, which makes them three times stronger than the usual, though that isn’t necessary for bed frames but it’s what’s available in domestic production.

Thanks to finding a great local supplier, these bolts and washers cost about the same as the Chinese-made ones we used to use, so you get better hardware that supports American manufacturing and you don’t have to pay more for it! 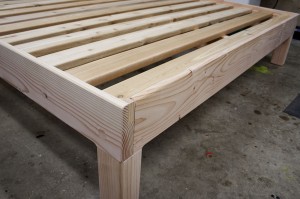 We’ve also officially started making all frames (not just hardwood ones) with their bolt holes plugged, and all frames are now sanded on their front faces too.  This design change not only makes frames look better, it also makes them easier to put together.  You can now use a wrench instead of a socket/ratchet to assemble your frame.